Today is the day the Disney Parks Blog celebrates all things Disney villain. Why celebrate villains? Because without them, there would be no Disney heroes!

Think about it. Every terrific hero must have a suitable foe, like Peter Pan and Captain Hook in “Peter Pan,” Aladdin and Jafar in “Aladdin,” Anna and Prince Hans in “Frozen,” and so many others.

Disney Villains also have some of the most memorable songs in a film, like Scar’s cunning “Be Prepared” in Disney’s “The Lion King”; Dr. Facilier’s ominous “Friends on the Other Side” from “The Princess and the Frog”; and Tamatoa’s crabulous “Shiny” in “Moana.”

Disney villains add so much character to Disney films – and they’re equally memorable to spot at our parks, whether it’s watching “Disney Festival of Fantasy Parade,” playing Sorcerers of the Magic Kingdom, or attending a Disney Villains After Hours event at Magic Kingdom Park.

This year, we’re encouraging you to honor this cast of quirky characters by downloading and sharing these Villaintine’s Day cards. 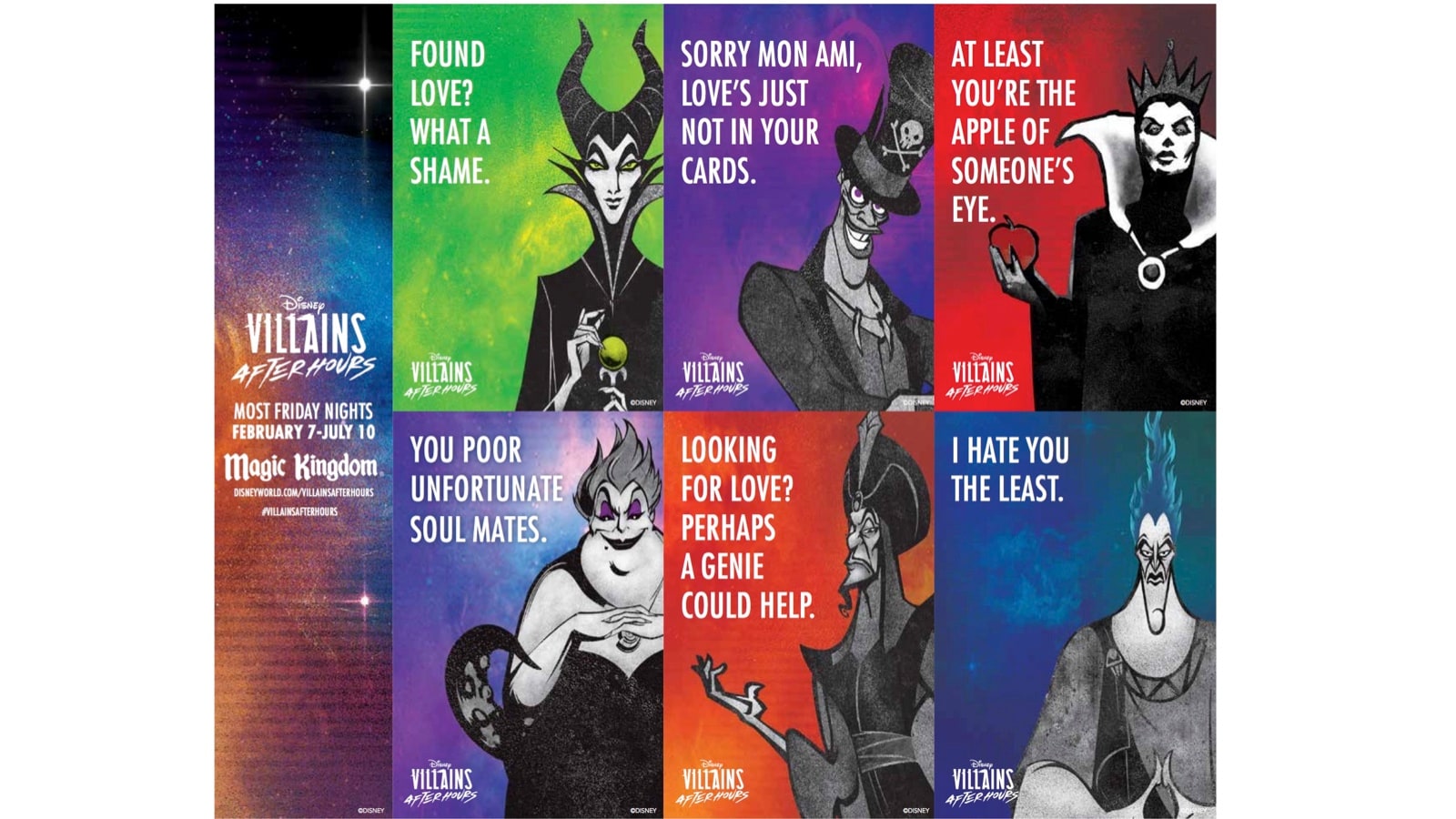